Compared to wheat and rice, maize is probably the most diverse grain crop in terms of use.

Approximately two-thirds of world maize production is grown for animal feed. Most is harvested once fully ripe for grain used in animal feed with yields in some countries averaging nearly 10t/ha. Both grain and forage maize provide one of the highest sources of energy for feeding to livestock, providing more oil than wheat and barley, but a lower protein content than that found in cereal grains. 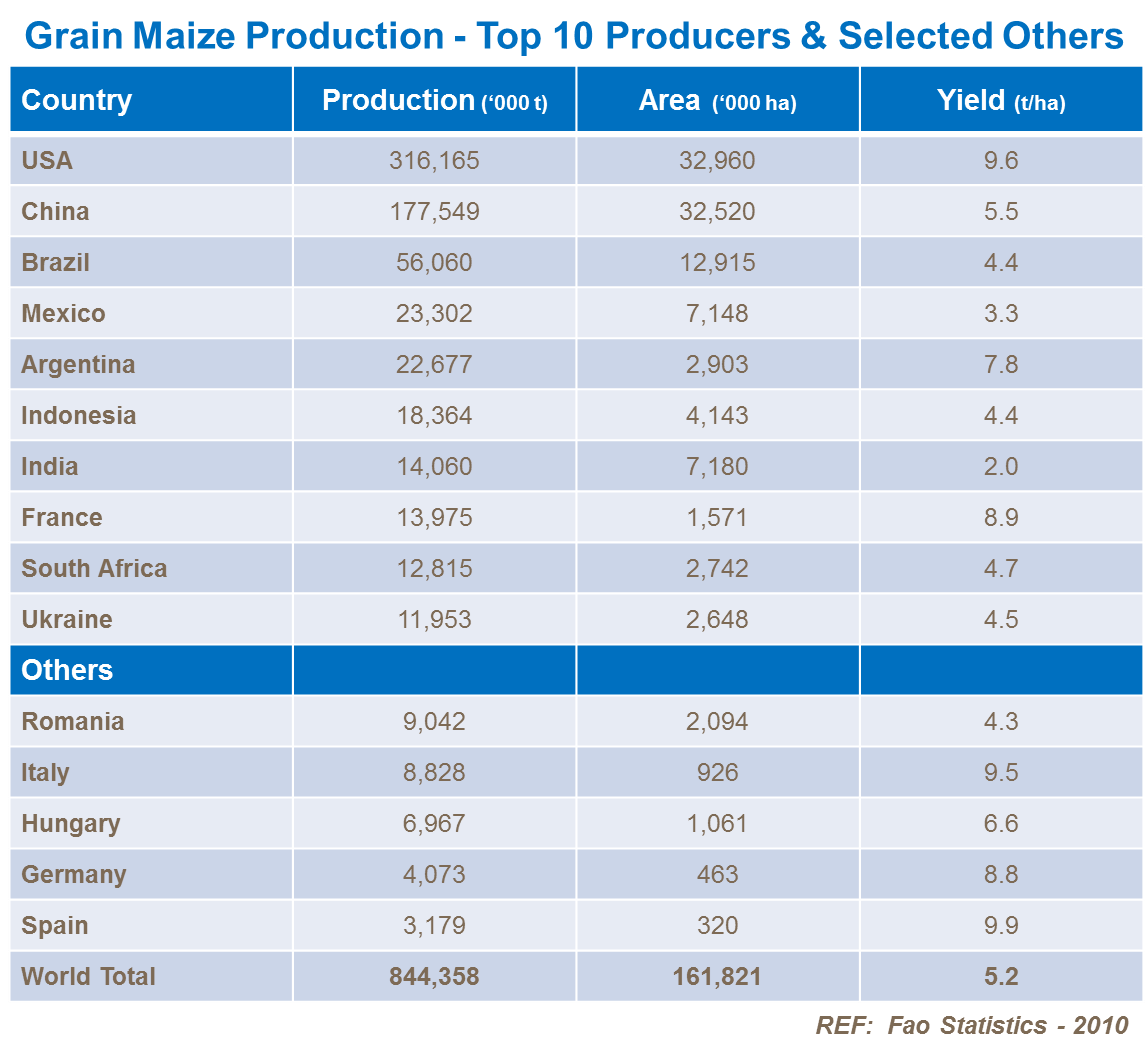 Maize grain is high in starch which is slower to degrade in the rumen of cattle and so is widely used as a key energy provider in cattle feed. As a result of the relatively slow passage of maize through the animal, digestion is longer and more of the crop – compared to other feed sources such as wheat or barley – is utilized.

Chickens need a large proportion of high energy feeds in their diet and so grain maize - with a metabolizable energy value of 15MJ/kg DM - is widely used. The high levels of starch in maize are easily digestible by poultry, highly palatable and free of anti-nutritional factors. Maize also supplies xanthophylls that improve yolk color and linoleic acid that increases egg size. This helps boost the quality and grade of eggs.

Maize is also a key grain source in pig feeds, either as grain or ensiled corn cob mix, because it is high in digestible energy (DE) and low in protein.

Maize remains a dominant food source in many parts of the world. Worldwide, some 116 million tonnes of maize are used for human consumption – 30% of this is in Africa – 21% in Sub-Saharan Countries. Maize accounts for 15-20% of the total daily calories in the diets of more than 20 developing countries.

As a major source of starch, cooking oils and gluten, maize is used in various cooking and refined and processed food products. Maize provides the USA with 90% of its starch needs. Specific food products derived from maize include cornflakes, hominy and grits, and popcorn, which is the kernel of specific varieties that explode when heated.

In addition to grain maize, around 1 million ha of sweet corn (var.saccharata) is grown worldwide for human consumption. These crops produce just under 9 million tonnes of sweet corn – a relatively small figure, representing 0.006% of the total grain and forage maize crop worldwide.

Maize is increasingly used as a source of starch within the pharmaceutical, paper, mining and building industries. This starch commonly comes after a refining process which also produces corn germ, fiber and protein. Products are diverse and include biodegradable plastic bags, recycled paper, corrugated board, detergents, paints, diapers, cosmetics, adhesives, surfactants and agrochemicals.

Around 40% of the US crop – 130 million tonnes - is processed for cornethanol. 1 tonne of maize produces around 4-500 liters of bio-ethanol. Two basic processes are employed:

Wholecrop maize is widely grown as a key feedstock for bio-gas production, for example, across large parts of Europe as a means of meeting ‘green-energy’ targets. Here it is shredded, ensiled and then fed into an anaerobic digester where microbes break down the maize – alongside other organic material – to produce methane.

Maize has one of the highest gaseous outputs per tonne of crop and specially bred, high dry matter varieties can produce yields of 60t/ha fresh weight and generate over 6000m³ methane per ha, largely used to produce electricity for the power supply industry. 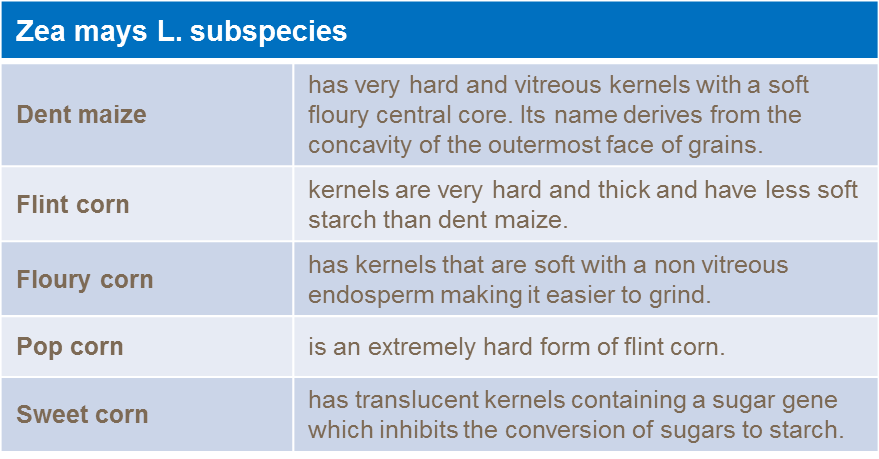 The type that is of greatest economic value is dent maize. Dent maize exists in yellow and white grained forms and the preference for one or other is dependent on the consumer.

White maize is similar to yellow maize but the kernel lacks carotene oil pigments. It is widely grown for human consumption. World production of white maize is currently estimated at around 65-70 million tons representing just 10 % of the annual world output. Over 90% of white maize is produced in the developing countries, where it accounts for around one quarter of total maize output.